A Few of Our New Favorite Games 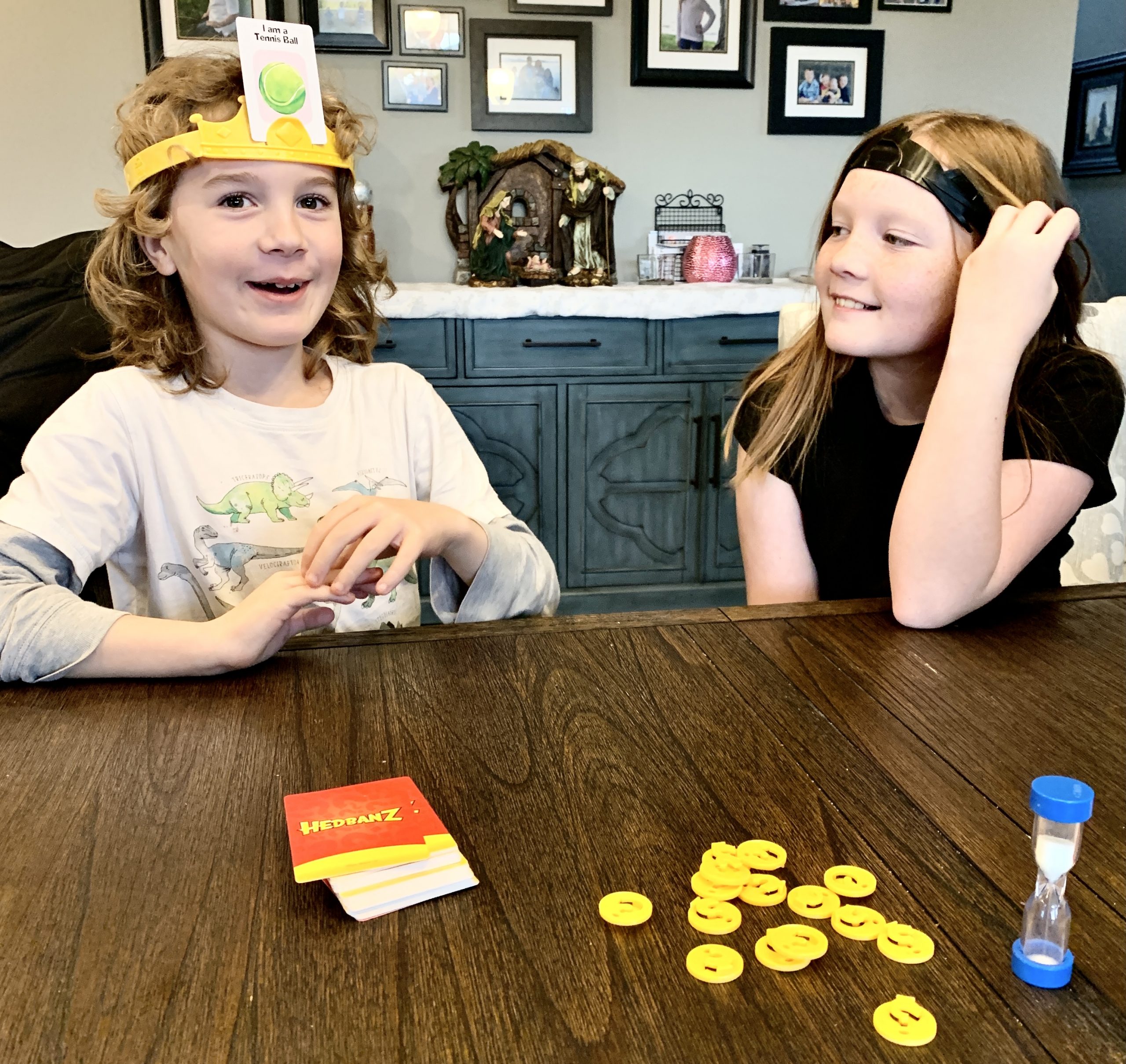 A Few of Our New Favorite Games

The holiday season may be best known for gift giving, luminous lights and delicious desserts, but it’s also a special time for families to duke it out and laugh it out with tabletop games. This year, due to the pandemic, families will travel less and attend fewer events as in years past, and in-person game play is a great way to combat that now-familiar screen time fatigue. Here are some games my family recently discovered (or rediscovered) and loved, in order of recommended age range.

This game might just make you hungry as you flip toppings onto the spinning pizza pie. Three different skill levels make it adaptable to kids’ ages and fine motor skills. Things got loud when my kids played this one with their cousins!

Imagine your couch was alive and could curmudgeonly spit out all that loose change that falls in its crevices. That’s Grouch Couch! Feed him treats then see how he reacts—it’s different every time. This game is fun for little ones because they have just as much a chance to win as bigger kids (no strategy involved), and the element of surprise is fun for everyone. My 5-year-old nephew loved this game, especially the couch’s victory song at the end. Favorite quote of our playtime: “Let the couch do its grouch!”

Combine the verbal game of telephone with Pictionary and you’ve got Sketchy Tales. My kids played the Disney edition with their cousins, and it was a favorite with my 10-year-old niece, my 8-year-old nephew and my teenage daughters. Character cards and action cards indicate what players should draw on their mini dry erase drawing pad. After everyone sketches (without showing other players their character/action combo), they pass their drawing pad to their neighbor, who writes down a guess as to what the sketch shows. Pass again, and draw the written guess. By the end of the chain, see if the original character and action cards remotely resemble the final sketch!

My family received this award-winning game as a gift on our doorstep from an anonymous friend at the beginning of the pandemic. It’s reminiscent of a conveyor rotation sushi restaurant: from your hand, pick a sushi dish card to play, then pass your hand to your neighbor. Players continue to pick a card to keep/play, then pass the hand. Once the cards in the hands are out, the round is over. After 3 rounds, the most points wins! Adorable illustrations accompany quick game play—fun even for just two players.

A twist on the classic game of 20 questions, but with fun headbands in the shape of a crown, cat ears, a unicorn horn that hold your card to make it visible to everyone but you. Ask questions until, through the process of elimination, you guess what your card is or time runs out. Question suggestion cards help when your mind goes blank.

This crazy popular card game “about everyone’s two favorite things: destruction and unicorns” started as a Kickstarter project, raising over $3 million in funds in 2017 and 2018. Stellar artwork combines with engrossing strategy to make for a fantastic time for families with older kids. This was my favorite of our new game discoveries. Collect unicorns in your stable through a mix of magic, luck, betrayal and destruction. What could be more heartwarming? Unstable Games has also expanded on the basic idea with additional games including Llamas Unleashed and Runes & Regulations.

This game is most fun for the “MTV Generation” who are familiar with popular recording artists and songs from the 1980s through the early 2000s. We adapted it in my family to fit which songs and singers our teenage daughters would actually recognize as we all shouted out songs that include the word on the head-to-head cards, then attempted to make each other guess the artists on the cassette cards by humming, giving one word or stating lyrics by each artist.