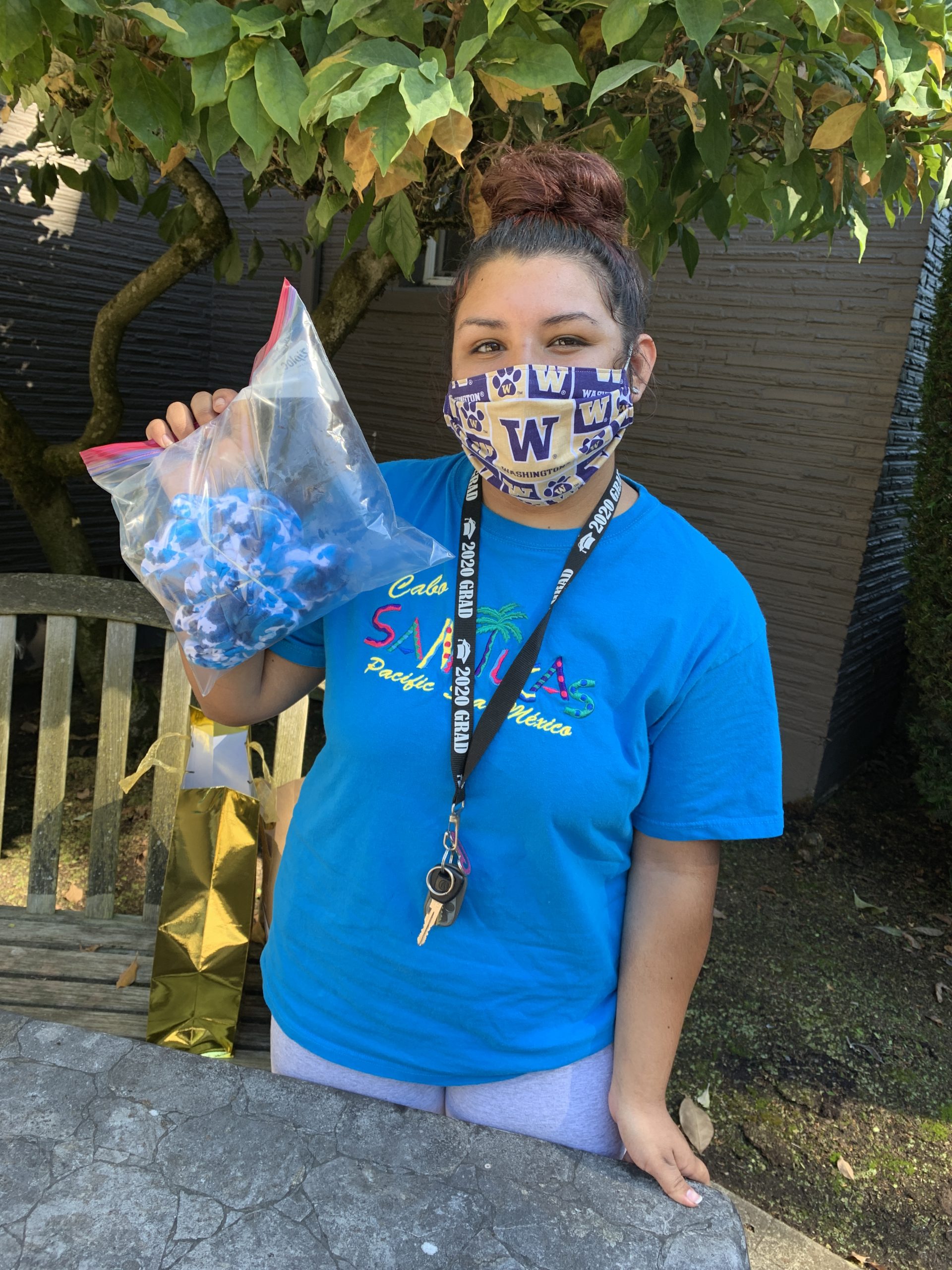 Andrea (name changed) entered foster care as a young child and after many challenges and upheavals, ultimately aged out of the foster care system. Faced with needing to find her own living situation upon turning 18, and with few supports, YWCA’s Independent Living Skills (ILS) Program stepped in to help her find a place to live. However, she was eventually laid off from her job at a restaurant due to the slow season and was soon couch-surfing with friends when she was unable to pay rent even after securing a new job. Making matters more complex, Andrea became pregnant. ILS was there again, and is currently supporting Andrea as she enrolls in a GED program, receives prenatal care and prepares to raise a child. She is living at a local family shelter and ILS has used program funds to purchase baby and household supplies for her new place. “[Andrea] is expected to have her first child in about a month,” Kit Kuran, director of ILS, told me in an email, “and is settled into a safe and stable placement because of her own tenacity and the work that she’s done with ILS.”

Like many teens and young adults whose growing up years have been filled with uncertainty, instability and often abuse, Andrea is determined to make a better life for herself and her child. ILS seeks to make that goal a reality, by providing support and guidance that many foster teens would lack otherwise. The program is hosted by YWCA Clark County, a Vancouver cornerstone for over 100 years. ILS has been operating out of YWCA’s Main Street offices since 1990, and is a federally funded program contracted through Washington State Department of Children, Youth and Families (DCYF). Vancouver’s chapter serves all of Clark and Skamania Counties, and advocates work with about 100 youth per year. “We work with youth who are in foster care or who have aged out of the foster care system, between the ages of 15 and 23,” Kuran explained to me at a socially-distanced, outdoor Summer Celebration event that ILS hosted for youth program participants on July 21. “We just went up from [age] 21 to 23 in October, so it’s an exciting change . . . I love the program. We’re just here to be helpful.”

That help can come in a variety of forms, depending on the needs of each youth. “We help with education, employment, housing, making sure they’ve got a place to stay,” said Kuran. “If they’re interested in school or work or vocational training, helping make those connections. Especially when you’re turning 18, there’s so much that pops up as you’re entering adulthood.” Obtaining state-issued ID, social security cards and other basic documents that youth need to enroll in school and apply for jobs is also a big part of what advocates do to support local youth. “We end up, I think, being a really big support system for youth as they’re aging out of care because for a lot of them, the connections they do have, like foster parents and school—those go away when you turn 18.”

Success for each teen and young adult looks different for each individual too. “In our program, I’d say success is really individualized, because success can mean so many different things for different people,” said Kuran. “Anytime they’re reaching their goal, however big or small, that’s what keeps me coming back to this work . . . I just had a youth move out to their own place yesterday.” She reflected on the successes she’s seen in three years at ILS, such as helping a youth complete a CNA program, and another young man who was in attendance at the Summer Celebration who attended Clark College and is now in a position to transfer to Washington State University Vancouver. “That is so exciting,” Kuran mused. “He’s been able to maintain his own place for 4-5 years. That’s tough for any kid his age . . . It’s tough for so many young people to live on their own but especially for our young people who don’t have the same support network, the cost of housing is a big barrier.”

But before many kids can even consider transitioning into independent jobs and housing as a young adult, education is essential. This, too, becomes complicated when youth are not in a stable home. “There’s not enough foster homes for teens so oftentimes normal teen behaviors come up,” Kuran said. “Especially for a youth in care, that can get you kicked out of your home. So a lot of youth in our program have moved placements a lot in their teenage years and when you do that, every time you move you lose some credits. So a lot of our youth are behind in credits. But that’s no fault of their own, no reflection of their intelligence. It’s just that the education system isn’t really built for kids to move around . . . Trying to balance school and work [is also a challenge].” Individuals like Juliana (pictured above), a young woman I met at the Summer Celebration after she’d enjoyed making a tie-dyed shirt and grabbing food provided by Little Conejo, have overcome great obstacles to graduate high school and even move on to college. She just graduated from Hudson’s Bay High School and has been accepted to WSU Vancouver to begin this fall. She urges fellow youth to take whatever help and assistance is offered them, whatever form that might take.

For the most part, participation in the program has not diminished due to COVID-19, though communication methods have been modified. “Most of our advocacy right now is remote [due to COVID-19],” Kuran explained. “Telephone calls, text messages—we’re continuing to keep on doing what we’re doing . . . We do check-ins and we get really creative. Walking youth through applying for unemployment because a few of them have lost their jobs recently. Or if they have to make a call and they’re nervous, doing three-way calls. We’re having to get creative, but doing as much as we can.” But even with certain restrictions in place, “our numbers have gone up since COVID,” Kuran said. “We’ve continued to get people enrolled. I would say that for the youth we don’t know, it’s been hard to establish that rapport. For the youth that we know, I think that rapport is established. We have really good relationships with our participants because it’s such a relationship-based program, especially with that age. A couple of them have dropped off. All of this has really affected some of their mental health . . . But for the most part, even not being able to see them, the youth that we’re connected with and we’re involved with, we’re still there.”

Kuran appreciates the opportunity to be there for kids on a long term basis. Prior to joining the ILS team, she worked at Oak Bridge Youth Shelter in Vancouver, where youth came and went frequently. “[In ILS] most youth spend the full amount of time possible [8 years—age 15-23],” she said. “That’s one thing I really love about this program. Being at the shelter I got really good at saying hello and goodbye, but I love that [through ILS] I can have that ongoing relationship with youth.” 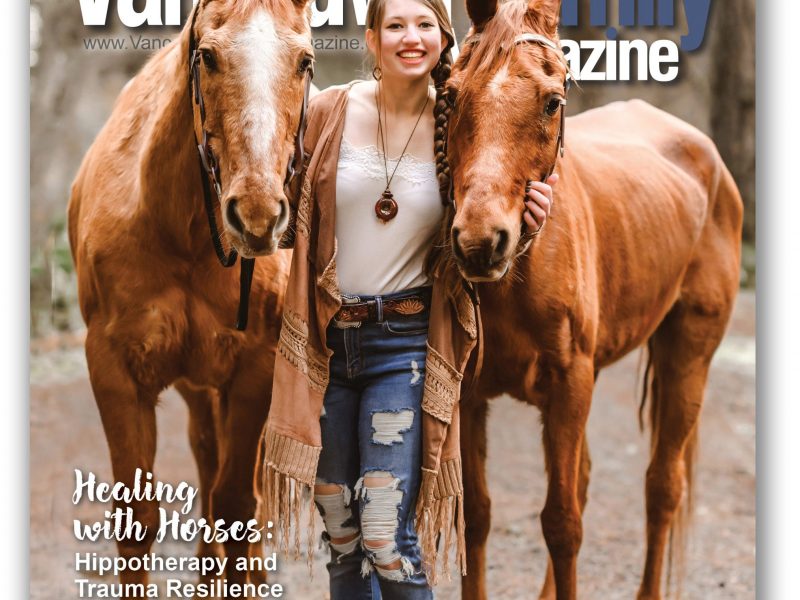 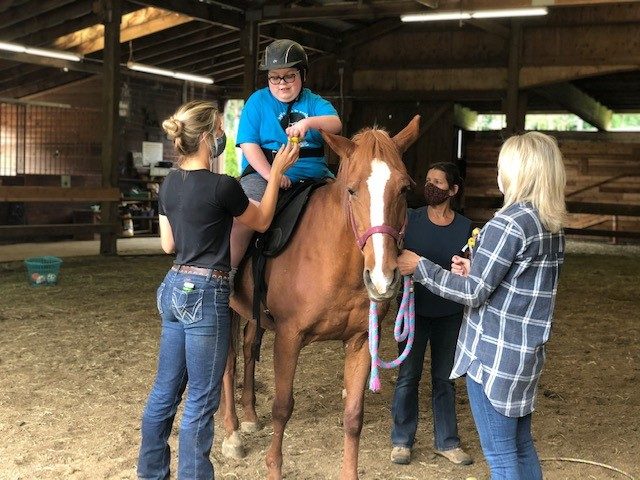 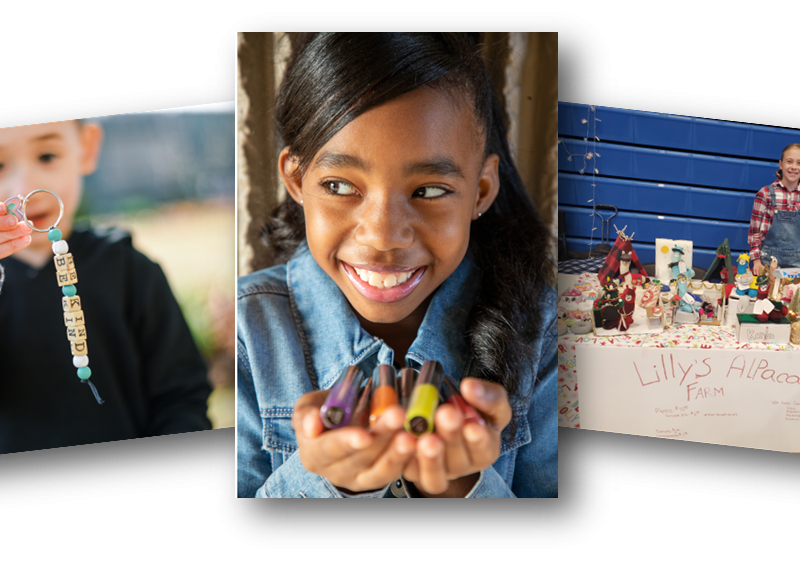