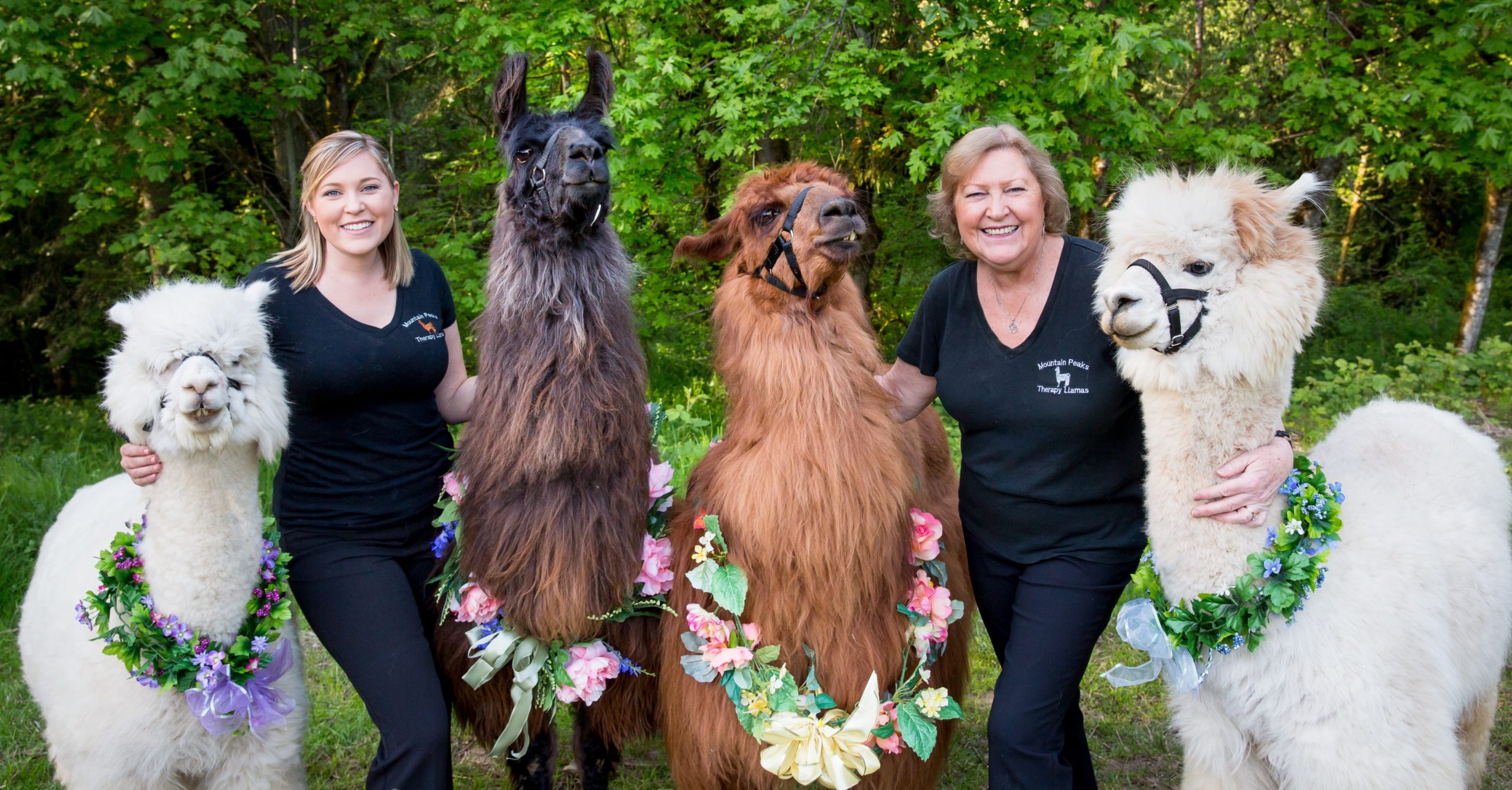 After 12 years of visiting children in hospitals, marching in parades and attending weddings, Rojo the Llama is hanging up his many hats and moving onto a new chapter in his life: retirement. Rojo will still be working his main job as a therapy llama at Mountain Peaks Therapy Llamas and Alpacas, but will be transitioning to a slower pace and enjoying full time farm life.

Mountain Peaks Therapy Llamas and Alpacas is a nonprofit organization based in Ridgefield that offers therapeutic and educational visits in the Portland and Vancouver area. They partner with care facilities, hospitals, schools and other nonprofit organizations to share the animals with the community.

Lori Gregory, board president and founder of Mountain Peaks, purchased Rojo when he was four months old, for her daughter Shannon Joy to show with 4-H. It took no time for the mother and daughter duo to realize that there was something special about this particular llama. When they would show Rojo at local fairs and events, kids would swarm to pet him due to his calm demeanor and his complete enjoyment of these human interactions, she says. In 2006, while Joy was showing Rojo at a local fair, someone engaging with Rojo suggested she look into certifying Rojo as a therapy llama through DoveLewis Animal Hospital. They had thought about taking him into schools and hospitals before, Gregory says. Certifying him would be the initial step in starting that dream. They earned certification in 2007.

“I think there is something so unique about a llama,” explains Joy, who is Mountain Peaks’ board vice president. “It’s that kind of exotic experience that draws a lot of life and curiosity. It makes your brain work.”

In addition to their therapy work and services, Rojo and Mountain Peaks’ other llamas and alpacas are rented out for numerous events from birthday parties to parades. They attend Portland Trailblazers games, the Rose Festival and the Clark County Fair. “For children, it’s that character building of being vulnerable with something so large. We get to walk them around and it just really builds confidence in them. I think there is also something to be said for any person at any age, to have that curiosity but also have that human interaction. It is just a unique conversation to have,” Joy states.

Gregory explains that the Mountain Peaks nonprofit arm focuses primarily on the therapy interactions and educational presentations that she and her daughter provide to organizations during the day, midweek, as volunteers with the animals. Donations funnel to supporting these specific efforts.

A separate arm of the work that Rojo and his herdmates, all of whom are owned by Gregory, carry out is performed under Joy’s business, Classy Camelids, LLC. Joy and the animals fulfill special weekend and evening event appearance requests under this umbrella at a fee, so income received from these can go toward care and transportation expenses for the animals, rather than functioning as a 501(c)3. “Same animals and people, but two different organizations,” Gregory clarifies. Joy’s work is cut out for her as she manages the enormously full schedule of appearances the animals have. “Llama rest days are the most important thing around here,” says Joy, who is very careful to never overbook the animals, especially in the summer as the weather gets warmer.

Van Pelt started Special Celebrations as a way to connect parents of autistic and developmentally delayed children. Van Pelt recalls her son’s seventh birthday party where he spent the afternoon crying under the table because not one child from his school class showed up. It was at that moment she realized that she wanted to reach out to others who might be experiencing the same thing and create a community that would benefit them all, she says.

“I wanted to have a network of parents I could call on if we ever need to have a birthday party. We can say, ‘I have a 13-year-old daughter, here are her interests, can anyone come on this day.’ And we have several a year that people come to,” says Van Pelt. “We started doing events to build that network even more.”

The bond between the two groups became stronger when Special Celebrations was asked to be a part of a special project for Mountain Peaks. “They were doing a documentary about the llamas and they invited us to come out and bring some kiddos to meet the llamas,” Van Pelt says. “We had about five families come out with us to the farm and were part of filming about how the therapy center helps people with disabilities and seniors. I think my favorite thing is that they understand the community.  They understand what they are doing and who they are working with and the whole idea behind it.  They are making an impact in so many ways.”

Mountain Peaks has started expanding the farm so that more people will be able to visit and get individual time with the animals. Construction has begun on new fencing, decks and walkways for greater access for wheelchairs and other mobility devices. The new fencing will allow those who might feel timid around the animals to still interact with the comfort of a fence dividing them. The number of volunteers and handlers will increase over time.

“We are going to open our place here for Special Celebrations to come and have parties and events,” says Gregory.  “We want to really have this place be somewhere that these types of organizations can utilize and they don’t have to rent. I’m really really excited about that. We have a lot of senior and rehab communities that we have been visiting for years, and they have seen Rojo and Napoleon but they are really excited to come here and see the rest of the herd.”

Gregory and Joy encourage people to visit www.rojothellama.com, where there is a plethora of lesser known facts about llamas and alpacas, schedules of appearances and details about the nonprofit,  llama swag for purchase and some fun pictures of the herd during their various photoshoots.

Rojo will be missed at future events after he begins his retirement, but the lasting impression he has made with his community service to others is something to be cherished. 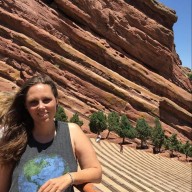 Tara Graham worked for Clark College's student newspaper, "The Indy," as their social media/ad manager and part time reporter from 2018 until her graduation from Clark in 2019. Her three favorite things are being a mom, nerds and tacos. She is a dog mom to Frodo, and world traveler via her imagination only. 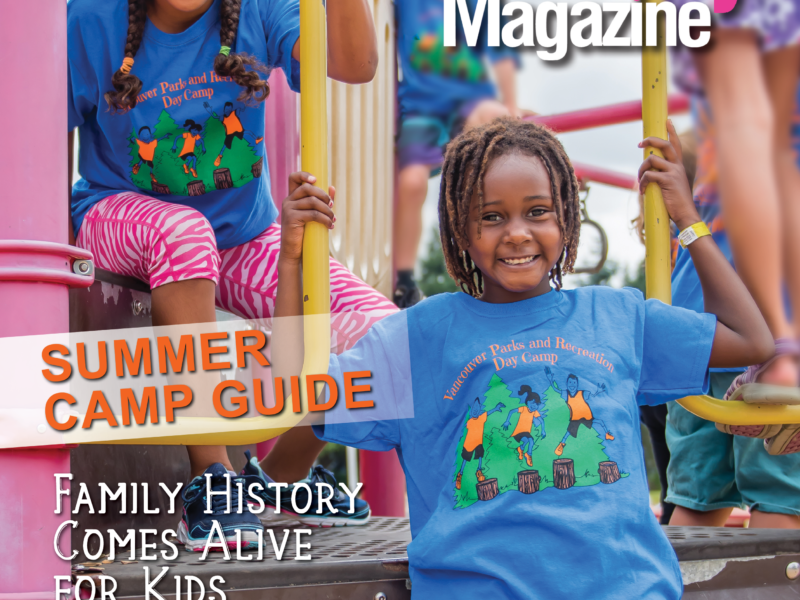 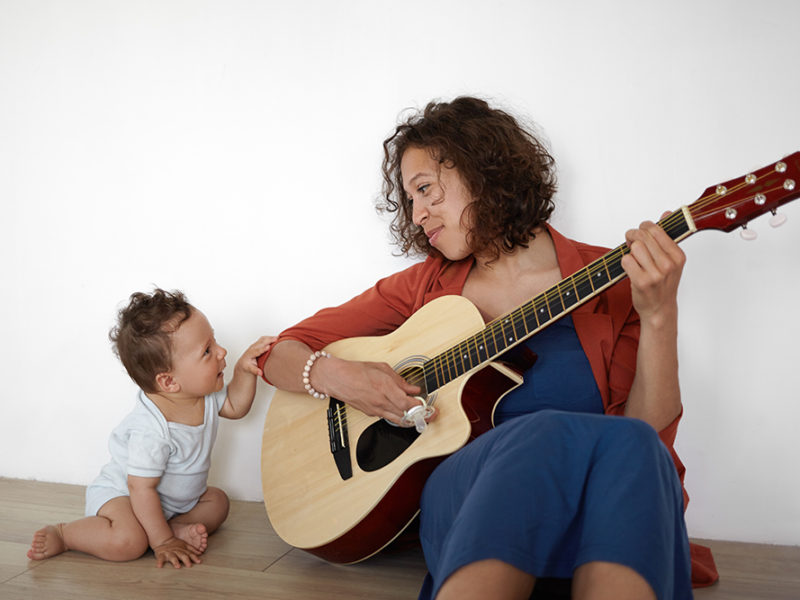 The New Domesticity: Singing Our Way Through the Day 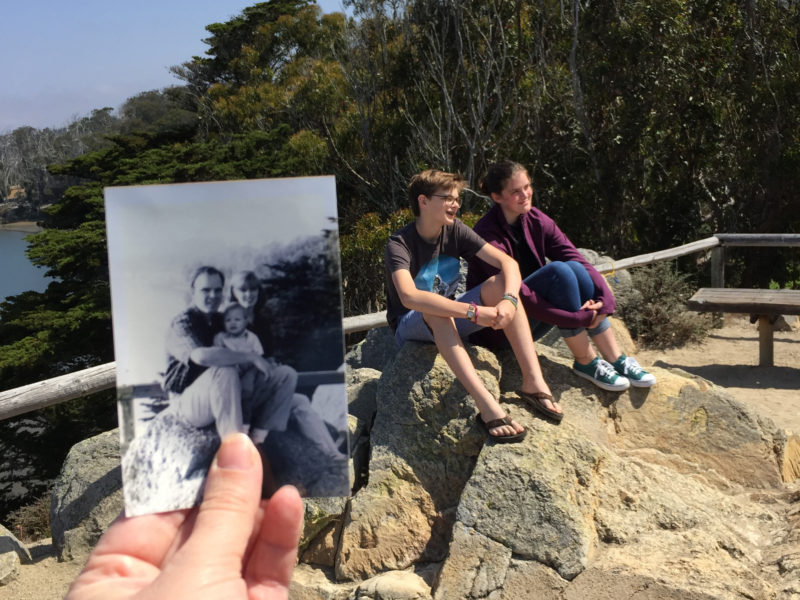