Lilly K. knows only too well the ups and downs of being a pregnant homeless teen. Today she is in a safe place, studying to be an EMT, with a healthy toddler at her side, but it was only a short time ago that she felt all alone and completely desperate. Each and every parent embarks on a unique journey and Lilly eagerly shares hers, hoping it will make a difference for others.

“I had a wonderful childhood up until the time we found out my mama was diagnosed with stage 4 breast cancer when I was 10,” Lilly begins. After about a year, Lilly’s mom passed away and she was devastated. “I was young and lost and the oldest of five living siblings and I started going down the wrong path.” Lilly shares that she was silently crying out for help, but no one seemed to be listening. She remembers, “I struggled with self-harm, opiates, alcohol, weed. Trial after trial and mistake after mistake, then I slowly started trying to get stable.” She moved to South Dakota to live with relatives, hoping for a fresh start.

However, things did not go as planned. “Once I got a little freedom, I started dating a guy and went for it. Smoking, drinking, pills, sex, bar hopping, couch hopping and making my way toward the lifestyle I thought was meant for me. Drugs, alcohol, Hell’s Angels, partying, I wanted all of it. I was still in school and the last two months my boyfriend and I became homeless.” They were living in a car. Lilly shares, “By the grace of God,” she focused on her schoolwork and graduated, and she and her boyfriend made their way back to Washington where they fell into old habits. “Once we got to Washington, we moved around a lot and I started getting involved with drugs again. The day everything changed for me was when I thought I just had the flu but my aunt knew what was going on. She brought home a test and I took it. It was positive. I had no words. I wasn’t shocked, surprised, disappointed or excited. The only thing that ran through my head was, I needed to change my lifestyle. I needed to get myself ready to be a mother to the baby I was now carrying.”

To read more, pick up a copy of the July 2018 issue at any of these locations, or view the digital archive copy here. 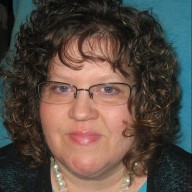 Vivian Mattila Walikainen is blessed with a husband of 25 years, six children and three grandchildren who keep her learning, growing, and slightly off-balance. She lives in Battle Ground and recently earned a bachelor's degree in human development from Warner Pacific College.