Humans possess remarkable senses that provide us with an astonishing array of native abilities and defenses. But what happens when many of our heretofore predators and natural dangers are no longer direct threats? We follow as our curiosity leads us toward manipulating those senses for the sake of art and amusement. OMSI’s newest featured exhibit, “Illusion,” satisfies (or awakens?) this curiosity with installations that explore how and why the human eye, ear and brain perceive what they do. Originally curated in connection with Science Gallery Dublin, “Illusion” as experienced at OMSI has been blended with components from another Science Gallery exhibit, “Seeing,” along with some OMSI original elements to create a truly unique sensory interaction.

Throughout the exhibit, light, color, sound, motion, technology and sometimes simple materials are manipulated to produce a profound aesthetic effect. The 40+ installations include pieces such as “Delicate Boundaries,” where digital creatures seem to crawl off the screen and onto your body, “Significant Birds,” an auditory illusion manipulating simple sounds to seemingly come from everywhere and nowhere, and “Cubes,” a moving aluminum sculpture based on a geometric pattern of diamonds that gives the optical illusion of six cubes, when in fact the cube you see only consists of three diamond shapes grouped together. 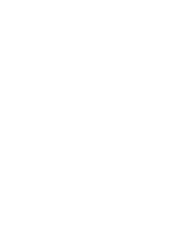 One of my favorite installations in the exhibit is “Synesthesia: Colored Music” by Argentinian graphic designer Rox Vazquez, whom I met while touring “Illusion” at OMSI the day before opening. Inspired by a condition defined by “Neuroscience for Kids” as one in which “one sense (for example, hearing) is simultaneously perceived as if by one or more additional senses such as sight,” Vazquez created a program that uses a camera to identify flat colored blocks that have been programmed to prompt a geometric design projection accompanied by a musical snippet.

People interacting with the installation become the composer, using whatever combination of Vasquez’s components they choose. The result is a manufactured association with colors, movements and tones. See a demonstration of “Synethsia” here:

Equally impressive is a video-mapped structure titled “Counter” by artist Anthony Murphy, who spoke with me about the process he used to create a blocky three-dimensional figure that transforms from simple form to complex thesis as images are projected onto its surface. Think Disneyland’s nightly castle projection, on a smaller scale and with a paradoxical social statement to make.

We may no longer use our senses to detect and outrun wild predators, but “Illusion” and its collaborating artists illustrate that blending science with art to push the limits of human perception provides the possibility of a promising future.

“Illusion” opens today at OMSI and runs through February 19, 2018, and is included with general admission.